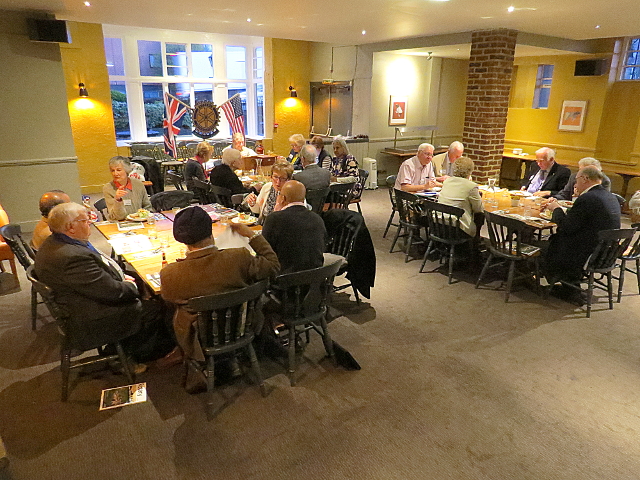 Our meeting on 05 April 2017 was a business meeting , with a number of reports and issues to discuss.  The first part of business was the confirmation of the officers of the Club for the next Rotary Year; Mollie will be President, Mike will be President Elect, and Rachelle will be Vice President. Di will be our Club Secretary, assisted by Ritu, and June will be our Club Treasurer, assisted by Robert.  The AGM was then adjourned until Part 2 which will take place in June 2017.

Some adjustments have been made to our programme converting 26 April into a meeting with partners as our own Rachelle will be speaking about her Livery Company. There is also to be a discussion about the structure and shape of our Club meetings in the near future.

Kids Out is now booked for 14 June 2017, and this year a smaller vehicle will be used.  Our Blood Pressure Day event will take place at Morrisons in Hatch End on 22 April, and we will be working on having one person taking readings at a time.  Our visitors from Italy have requested a change to the programme we had planned – they have already visited that location – and that will now happen at Stratford Upon Avon.  We had an update on our joint project in Italy following last year’s earthquake.

The Club will be participating in the 100th Anniversary Celebrations of The Rotary Foundation, and will be present in force at the Charter Night of the newly formed Rotary Club of Mayfair.  We also had a detailed report on the many youth programmes the Club participates in.  The meeting was completed in record time!