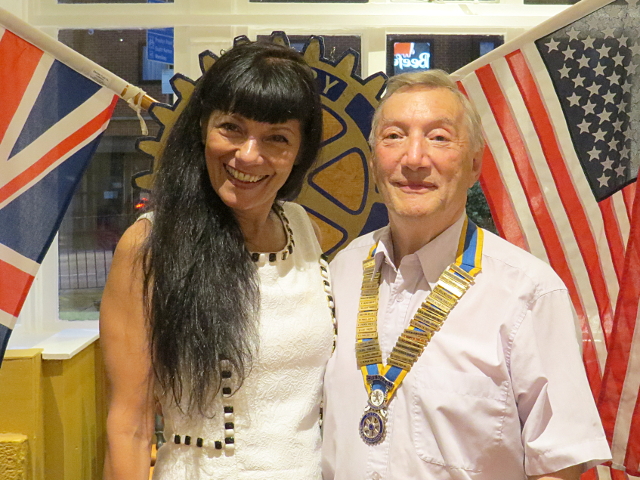 Our speaker on Wednesday 24 August 2016 was Maria Raymond, who had entitled her talk “An Unlikely Life”.  Before Maria addressed the Club however, we heard that our Youth Exchange Student Mihai had done well in his exams, and has now been offered a place in Cambridge to read Physics.  On the other hand, our attempts to set up a Blood Pressure Day event in September have not succeeded.  The International Lunch was a great success raising over £500, and in recognition the Fellowship Cup was awarded to George and Sandy who had hosted their event in their home. 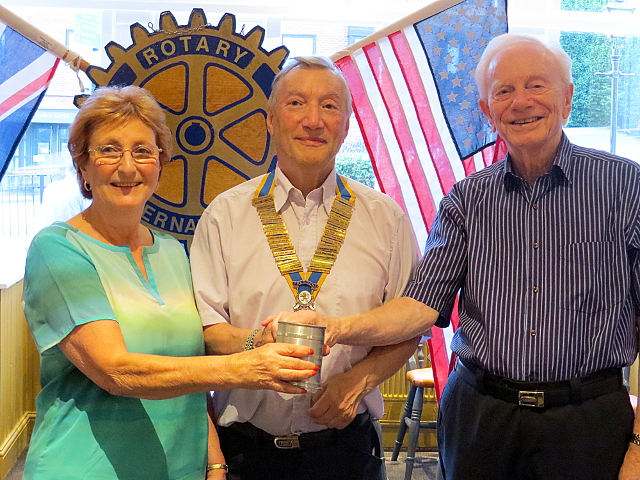 Maria Raymond then took us through her eventful life.  Starting in Long Beach, New Jersey, her childhood was eventfully uncomfortable, including bullying, assaults and robberies.  Her father was well known by the local constabulary, and her mother struggled to provide a family life for Maria, her sister and her brother.

Life then moved to Florida where she lived with her father, and by repeatedly exaggerating her age, she was able to find a variety of work.  Whilst working in a bar, she was wooed by the son of Paul Raymond of Soho fame, and eventually they married and lived in a variety of houses in London and in the surrounding country.  After the birth of her first child, her husband left and she tried a range of different careers, including display plants, jewellery, lingerie, photography of the stars of film stage and television, journalism, book writing and pet manicuring.

An interesting talk that could have occupied much more time than was allowed, we were very taken by all the people Maria had come to know.