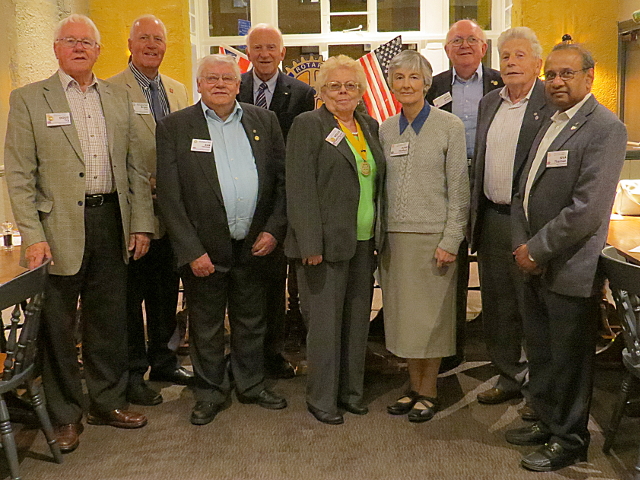 Our meeting on 12 October 2016 coincided with the Jewish Day of Atonement, and so a number of members were not able to be present for the meeting.  In the chair was our President Elect Mollie, and we had a photo of all but one of the member of the Club who were present as a celebration – the one missing was the photographer!

We had a Happy Cash session with tales of the Diamond Wedding Anniversary, complete with a letter from Her Majesty the Queen and a brief item in the National Press.  We heard about entries in the Royal Parks Half Marathon, and being national champion for Cycle Cross, and our member who had lost a hearing aid the previous week had received it back again.

Our speaker for the evening – we were not quorate for business – was June (on the right in the photo above) who dealt with the topic of fraud, and how it has changed ever more rapidly with the advent of computers.  It seemed most members of the Club had had some personal experiences, either personally or through friends and family, and at the end of the meeting we were all much wiser, and had pledged to be more careful.