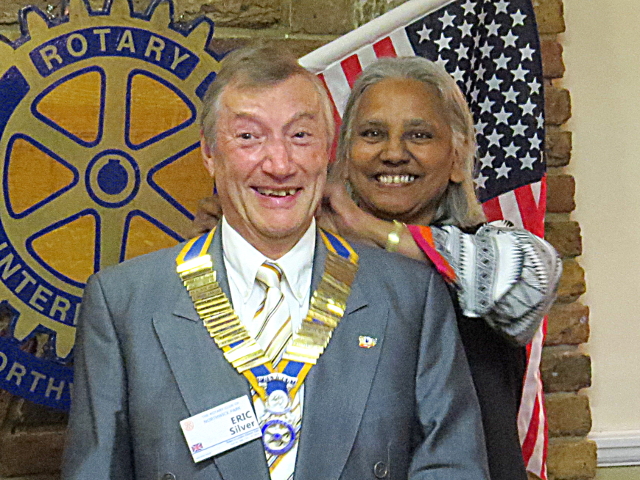 Wednesday 29 June was the evening when we held the Handover Celebration from President Ritu Kapur to President Eric Silver.

At a packed venue – with some 35 present, we started the evening with the usual reports on members health, and visits to other Clubs.  June and Dick were back from Ukraine, and presented a banner from La Baule Atlantique (an old friend was in Ukraine at the same time) and from the newly formed District 2232 of Ukraine and Belarus.  There were Rotarians from as far as India, and from the United States, and there was a video presentation to the new District by General Secretary of Rotary International John Hewko in Ukrainian!

Ritu presented her awards to Pankaj (Rotarian of the Year), to Doug (Richard Cooke Fellowship Plate), Helen (Hickman-Smith Boomerang) and Dick (Service above Self Shield).  Both Pankaj and Helen were on other duties on the night. 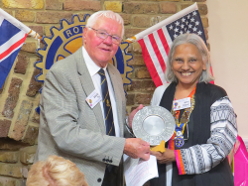 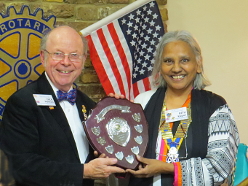 There were then the presentation of special presents to the Rotarians who had helped her throughout the year, and these can be seen on the photo album page.  There was a short video showing just how much Ritu had achieved, and just how hard she had worked for the Club before the moment came, and she handed over the chain of office to Eric, our new Club President. 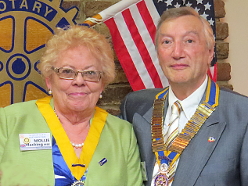 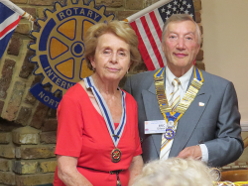 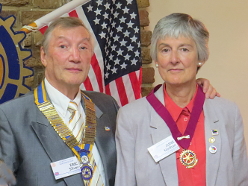 Eric inducted Mollie as President Elect, Jo as Secretary and June as Treasurer, and confirmed that Di King has had to step down from the role of President in 2018-2019 owing to family reasons. Eric gave a short speech making it clear that Membership improvement and connection with the Community were his main goals for the year.  And with that, we had completed the handover and started the new Rotary Year.