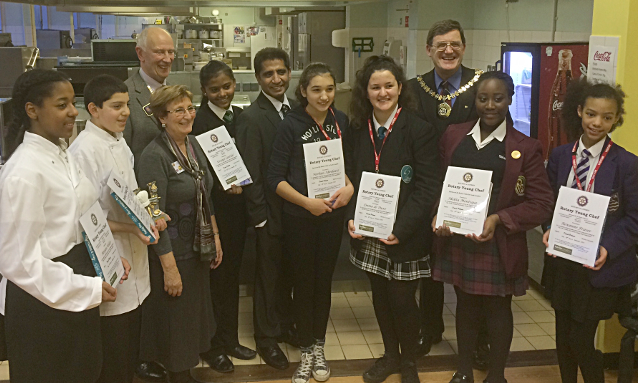 On Friday, 30th January 2015 six competitors from schools in the North West and North areas of London competed in the North and North West London finals of the Rotary Young Chef competition at the Barnet & Southgate College of Further Education Catering Department. The contestants had qualified for this Semi-Final by winning heats in their own schools.

The competitors were asked to prepared a main course and a dessert for two people and had a budget of £10 for the meal.

The winner from the North West London area was a student from Christ’s College Finchley with a delicious dish of Cypriot chicken with spinach, rice and asparagus followed by a blackberry cheesecake.

The winner from the North London area was a student from East Barnet School with a delicious dish of chicken in a white sauce with courgettes, spring onions and handmade gnocchi, followed by a chocolate orange cheesecake.

The winners and runners-up will go on to compete in the London-wide District Finals to be held next Saturday, 7th February at Redbridge College. If successful there, they will go on to a Regional Final, and possibly to the final for all Great Britain and Ireland.

Not only can youngsters cook up a feast, they do cook and they get enormous enjoyment from this Rotary inspired competition. 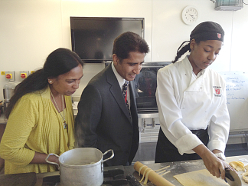 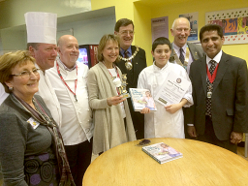