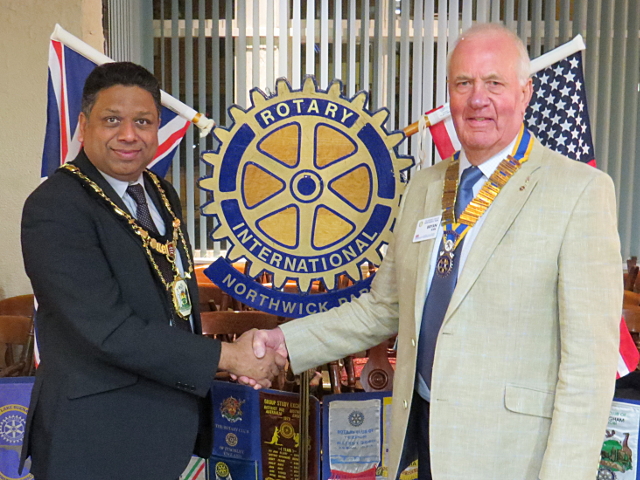 Ajay has an interest in hairdressing, being involved in a family business that has 5 salons in Kenya – where he was born – as well as 3 in London and is working to open another 3 in Sri Lanka. Before arriving in the UK in 1999, Ajay had a personal involvement in another service club in Kenya, so he has a good understanding of what Rotary does in the community. He launched his political career on his arrival, and some ten years later he was elected as a councillor.

The post of Mayor is a non-political post in Harrow, and Ajay described some of the places he has got invitations to in the Borough. He has two drivers who share the work between them after the well-known “Bob Deans” took retirement, having served 29 consecutive Mayors. Harrow Borough Council has been experiencing some excitements in recent months, but we were delighted that Mayor Ajay was able to make time to visit us before the end of his year in May 2015. Questions from the members included the role of mace bearer, the setting of the budget, local libraries, the return to being an ordinary member of the public in two months’ time and places for primary school leavers in the borough’s secondary schools. 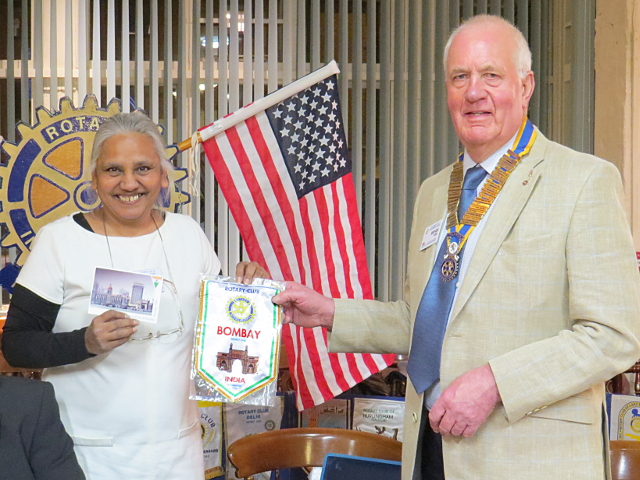 We also heard about the visits of the Rotarians on their travels. Mike had visited the Rotary Club of Melbourne Park, and President Elect Ritu had visited the main Rotary Club in Bombay/Mumbai. Visiting local business men and women in a Rotary Club anywhere around the world is one of the privileges of being a Rotarian.