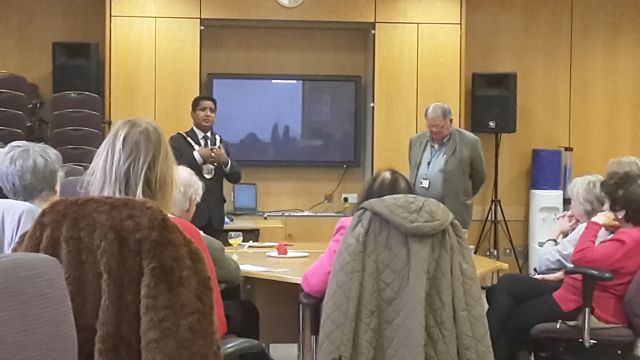 His Worship the Mayor of the London Borough of Harrow, Councillor Krishna Suresh, attended the Brunch organised by Harrow in Europe on 5 December 2015.  The brunch featured two presentations, one on the Shaftesbury School’s visit to Harrow’s twin town Douai, in North Eastern France, and the other on the hopes that the Under 12s football team will be able to participate in the International Tournament in Douai once again.

The Mayor spoke about the New Year’s Day Parade entry from the Borough with its magical theme, and the importance of volunteers and volunteering groups in the Borough.

Both the Rotary Club of Harrow and other service organisations were present.  An excellent lunch with some important messages – well done Harrow in Europe.