What is Happening in Europe? 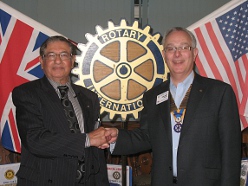 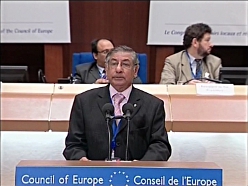 Our speaker on Wednesday 1 June 2011 was our own member Amrit. Amrit chose as his subject The Council of Europe where he is Vice President of the Sustainable Development Sub-committee. The Council of Europe is an advisory body that pre-dates the Coal and Steel Community (which was the start of the Common Market). It provides advice to the Foreign Ministers of the 47 member states. The Council of Europe was established to advance Human Rights, Democracy, and the Rule of Law. The Council of Europe is not the European Union, and not the European Parliament, or even the European Commission, and so works relatively independently. The UK is represented with 18 Council Members. Since 2006, Amrit has been a Rapporteur on the project dealing with Climate Change. To illustrate the workings of the Council, Amrit played a video showing the debate prior to the adoption of the sub-committee’s report on Climate Change, a debate in which he took a prominent part. This is a fascinating subject, and many members agreed that we ought to know more about the workings of Europe